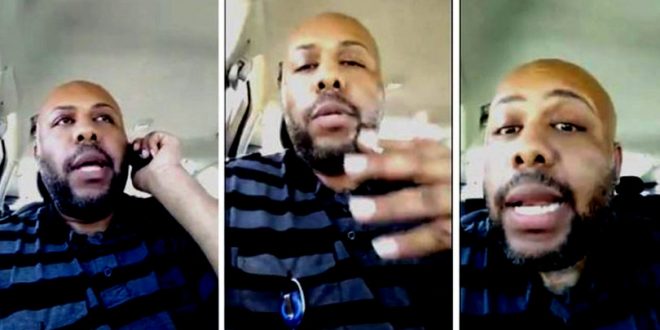 Erie police have confirmed the suicide in Erie on Tuesday of Steve Stephens, the Cleveland resident suspected of fatally shooting a Cleveland man on Sunday and posting video of the slaying on Facebook. Stephens died of a self-inflicted gunshot wound while driving a white Ford Fusion near Buffalo Road and Downing Avenue around 11:10 a.m., police said.

State police were following the car as it headed west into Erie, according to dispatchers. The car, pointed west, is stopped in the westbound lane of Buffalo Road, across from the former Burton Elementary School, 1660 Buffalo Road. Police are blocking off the entire school grounds. Erie police are also at the scene.