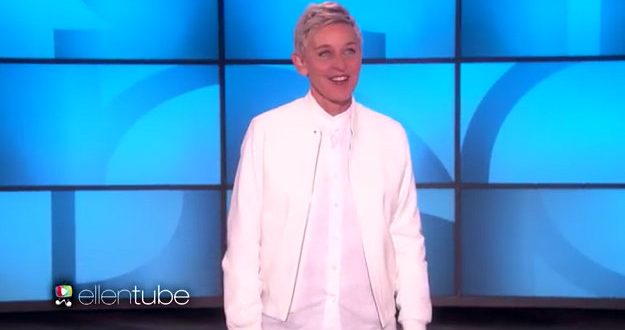 Ellen DeGeneres is celebrating the 20th anniversary of her sitcom’s coming-out episode with a little help from friends like Oprah Winfrey, Laura Dern and Michelle Obama.

Winfrey and Dern — both of whom guest starred in the iconic 1997 episode in which DeGeneres’ character came out as gay — stopped by The Ellen DeGeneres Show this week to reflect on the moment.

Though Obama couldn’t be there to mark the milestone with DeGeneres in person, the former first lady surprised her friend with an emotional video tribute that aired on her Friday show.

Hey, @TheEllenShow! I may have schooled you in pushups, but when it comes to courage and kindness, you are always a champ.💪🏿#ThankYouEllen pic.twitter.com/WQOPNKDc6r