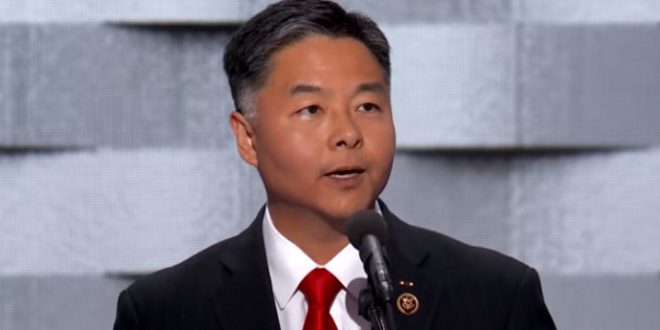 Name something on the agenda for Democrats in Congress and it’s likely DOA — including a bill to protect LGBT kids, which the Republican majority let die last year without a hearing. And yet, buoyed by their progressive constituency and resolve to set themselves apart from the Trump administration, Democrats will take another shot this year. The bill — to be filed Tuesday by Sen. Patty Murray and Rep. Ted Lieu — would ban services that claim to turn gay people straight or make transgender people identify with their birth sex.

The Therapeutic Fraud Prevention Act, as filed in the Senate, would make it illegal to advertise or provide therapy that claims to “change another individual’s sexual orientation or gender identity” or to “eliminate or reduce sexual or romantic attractions or feelings toward individuals of the same gender.” Both the Federal Trade Commission and state attorneys general could enforce it.

The primary sponsors provided statements on Tuesday to BuzzFeed News, including Sen. Corey Booker of New Jersey, who called the therapies a “fraudulent practice.” Sen. Murray’s statement said “the Trump Administration has laid out a hateful, damaging agenda to undo hard-won progress, divide our communities, hurt our friends, neighbors, and family members just because of who they are or who they love.”