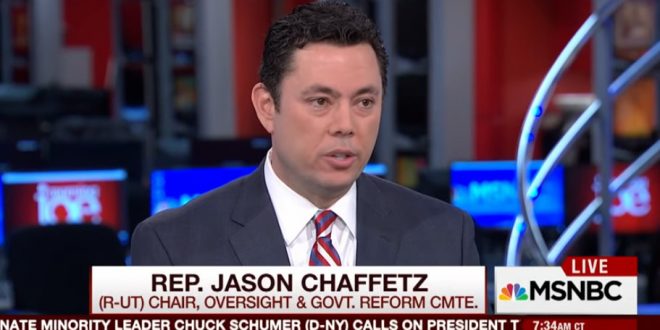 Chaffetz Denies Scandal Rumors: I’ve Been Given More Enemas By More People Than You Can Possibly Imagine

Well, this is an odd turn of phrase. Via Politico:

Asked if he is resigning because of a yet-to-be revealed scandal, Chaffetz said, “Absolutely, positively not. “Not in any way shape or form,” he said. “I’ve been given more enemas by more people over the last eight years than you can possibly imagine. From the Secret Service to the Democratic Party. I am who I am. If they had something really scandalous, it would’ve come out a long, long time ago.” But Chaffetz said his political career might not be over. The governor’s mansion in Salt Lake City opens up in 2020, and Chaffetz’s political team has begun snapping up URLs associated with potential future runs.