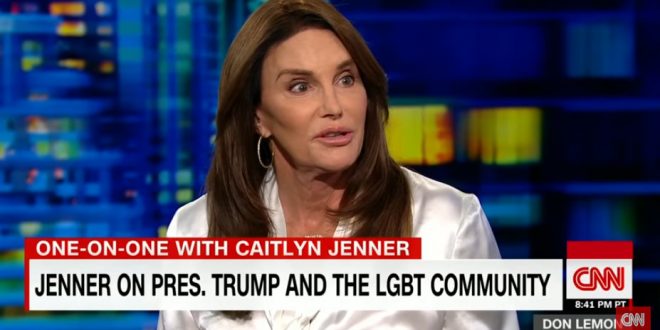 Caitlyn Jenner: I Don’t Regret Voting For Trump, He’s Still The Man To “Turn This Country Around” [VIDEO]

Caitlyn Jenner may not like everything US President Donald Trump’s administration has done so far — especially when it comes to actions affecting transgender Americans like her.
But she does not regret her decision to vote for Donald Trump, she told CNN’s Don Lemon on Tuesday. “As far as LGBT issues, yes, he’s made some mistakes,” she said. “I don’t support him in everything that he does. But we needed to shake the system up.”

Jenner was and still is a Republican, despite the party’s anti-LGBT positions. Before the election, Jenner said Trump appeared to be a champion for women and LGBT rights. When Trump famously said people should use “whatever bathroom they feel is appropriate,” including Jenner, she took up his offer to use the women’s restroom in Trump Tower.

Her position evolved when the Trump administration withdrew Obama era guidance protecting transgender students from discrimination in public schools. She called the decision a disaster and urged him — “from one Republican to another” — to fix it. She still believes Trump is the man “we need to turn this country around,” for better or worse. “To, you know, to have career politicians constantly, the Clintons, the Bushes, run this country. We need to get outside that box and shake things up again.”