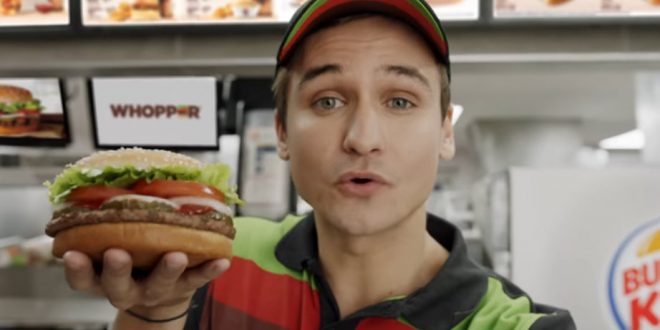 Burger King is launching full-fledged marketing blitz based on triggering voice-activated Google devices, in what could become a grim precedent for TV and radio ads talking directly to voice-activated gadgets like smartphones and Amazon’s Echo speakers.

The fast-food company’s new TV ad features a person looking directly into the camera and saying “OK Google, what is the Whopper burger?”, which — if everything goes as planned — will trigger Google devices like the Google Home assistant and Android phones that have enabled voice search.

In a demo, the ad prompts a Google Home voice-activated speaker to start reading a description of the Whopper from Wikipedia. While Google Home is still less popular than Amazon’s Echo, the ad “could trigger” other Android devices like smartphones to search for “Whopper,” Burger King President José Cil said in an interview with BuzzFeed News.