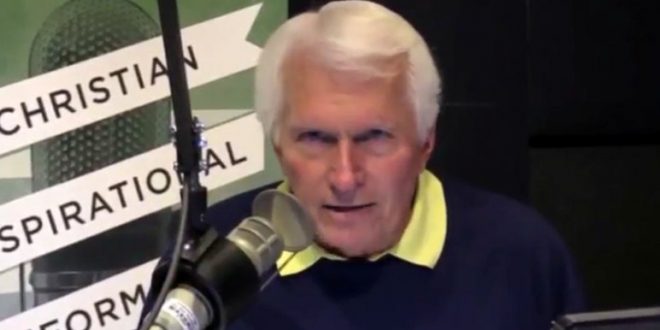 If you weren’t on Twitter over the weekend, you missed a shitload of hilarious trolling after Bryan Fischer declared that gays have stolen the rainbow from God and they has better give it back. Well, Fischer isn’t too pleased about again being a national laughingstock. Via Right Wing Watch:

Fischer doubled down on this demand yesterday, declaring that “the worst example of cultural appropriation in history is the LGBT community stealing the rainbow from God.”

“The rainbow is God’s,” Fischer said. “God invented the rainbow—look at Genesis 9:11-17—He invented it, it’s His thing, He put it in the sky as a promise that he would never again destroy the earth through a flood. Are you listening Al Gore? Al Gore, you do not need to worry about the planet being destroyed by floodwaters. Why? Because God has put His rainbow in the sky to let you and everybody else know, ‘I’m never going to do that again.’”

Worst example of cultural appropriation ever: LGBTs stole the rainbow from God. It’s his. He invented it. Gen. 9:11-17. Give it back.