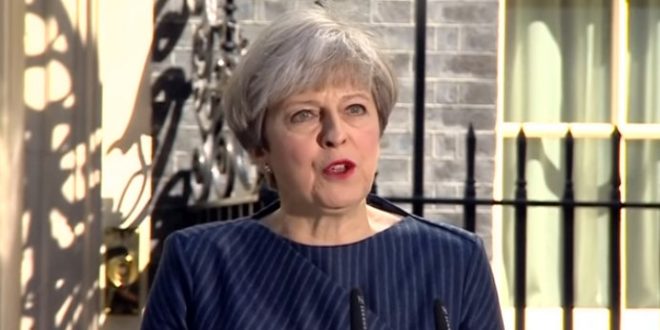 Theresa May has said she wants to hold a snap general election on 8 June, despite repeatedly claiming that she was against the idea of an early vote. In a surprise statement outside Downing Street on Tuesday morning, the prime minister claimed that opposition parties were jeopardising her government’s preparations for Brexit. “We need a general election and we need one now,” she said. “I have only recently and reluctantly come to this conclusion but now I have concluded it is the only way to guarantee certainty for the years ahead.”

May claimed the decision she would put to voters in the election, the announcement of which was a tightly guarded secret known only by her closest aides, would be all about “leadership”. The prime minister may have been swayed by recent polls that placed the Conservatives 21 points ahead of Labour despite a policy blitz by Jeremy Corbyn’s party. She will hope to boost a slim working majority of 17 in order to help pass both domestic and Brexit-linked legislation.