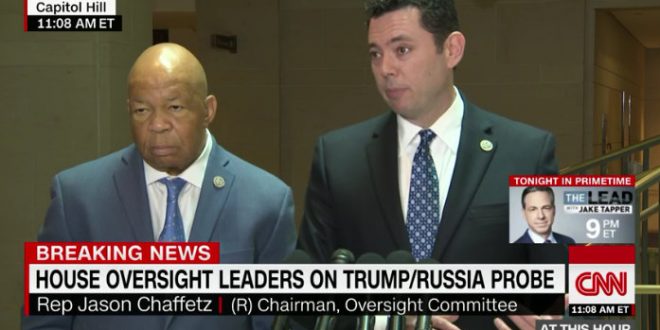 The White House declined Tuesday to provide documents related to President Donald Trump’s former national security adviser that the panel investigating Michael Flynn had requested, according to a letter obtained by CNN.

White House Director of Legislative Affairs Marc Short outlined in a letter to the House oversight committee how it would not complete the request from the panel, referring some requests to the Department of Defense, saying the office doesn’t have custody of some of the other documents or simply stating “we are unable to accommodate” others.

Whether Flynn properly disclosed payments from foreign governments on his security clearance application is the subject of a House oversight committee meeting Tuesday, as members are set to review the first batch of documents related to the investigation coming from the Pentagon.

The committee is gathering Tuesday morning at the Capitol to review classified material provided by the Department of Defense in response to its March 22 request for more information on Flynn, according to MJ Henshaw, a spokeswoman for House Oversight Chairman Jason Chaffetz.