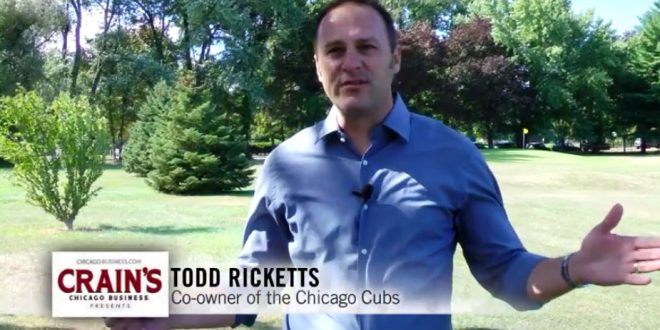 Unable to untangle his complex financial holdings to the satisfaction of the Office of Government Ethics, Cubs board member Todd Ricketts, tapped by President Donald Trump to be the Deputy Commerce Secretary, on Wednesday withdrew his nomination, the Chicago Sun-Times has learned.

Ricketts, a Wilmette resident who is a member of the billionaire Ricketts clan, was willing to divest his considerable personal portfolio of holdings, but that was apparently not enough. Some of the Ricketts investments are in family enterprises, including the Cubs.

Trump nominated Ricketts on Nov. 30. Ricketts filed a required financial disclosure statement with the Senate Commerce Committee, but the panel would not set a hearing date until Rickets obtained clearance from the Office of Government Ethics – which oversees the executive branch, with the exception of the president.

CORRECTION: An earlier draft of this post incorrectly featured a photo of Tom Ricketts, the brother of Todd and also an owner of the Chicago Cubs. My apologies for the mistake. Thanks to JMG reader James for the heads-up.