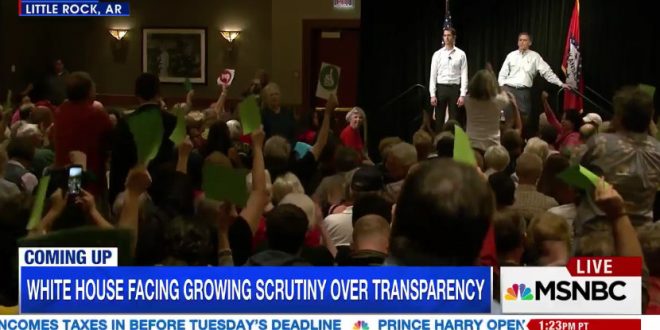 During a town hall event Monday afternoon, Sen. Tom Cotton (R-AR) defended President Trump’s decision not to release his tax returns. “As far as I’m aware of the president says he’s still under audit,” Cotton said, prompting the crowd to erupt in boos. Once they subsided, Cotton went on to say that he believes Trump has already prevailed in the debate over whether his returns need to be made public. “The president is also right that this was not a secondary or side issue of the campaign, this was a central issue of the campaign,” Cotton said. “Hillary Clinton and her campaign repeatedly criticized President Trump for this, and he won despite all that.”

“Have him release those tax returns so we can see what kind of connections he has.”