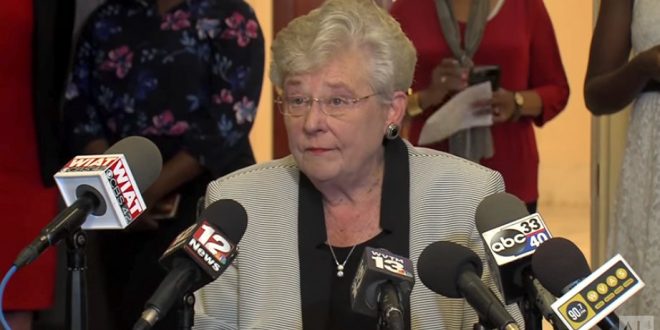 Gov. Kay Ivey has changed the date for the election to fill the U.S. Senate seat previously held by Jeff Sessions. Former Gov. Robert Bentley had scheduled it for next year. Under a proclamation Ivey signed today, the primary will be August 15, the runoff, if necessary, will be Sept. 26 and the general election will be Dec. 12.

“I promised to steady our ship of state,” Ivey said in a press release today. “This means following the law, which clearly states the people should vote for a replacement U.S. Senator as soon as possible.” Sessions vacated the seat to become U.S. Attorney General. In Februrary, Bentley appointed then-Alabama Attorney General Luther Strange to fill the seat on a temporary basis until a special election.

Bentley scheduled the special election to coincide with the regular election cycle next year, with the primary in June and general election in November. The Alabama Legislative Black Caucus, Secretary of State John Merrill and State Auditor Jim Zeigler and others contended that state law required the election to be sooner. The Legislative Black Caucus asked Bentley to change the date. Zeigler filed a lawsuit seeking an earlier date.

RELATED: Under the direction of then-Gov. Robert Bentley, in 2015 Strange filed a SCOTUS brief denouncing same-sex marriage as “demeaning to society.”