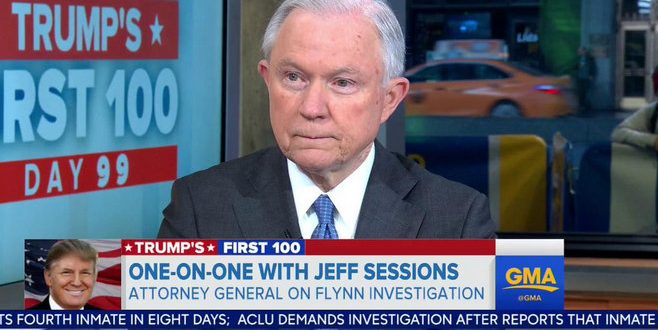 “It’s obvious that oftentimes you don’t catch everything. There might be a problem. Maybe there’s an explanation for it. I don’t know the facts of this case.”

Sessions added that he would not be involved with investigating discrepancies in Flynn’s background. “I’m not involved in that investigation and wouldn’t participate in it and don’t know anything about it,” he said. “I don’t expect to.”

Previous Trump: There Is Absolutely A Chance We Could End Up In A “Major, Major Conflict” With North Korea
Next Trump: I Thought Presidenting Would Be Easier