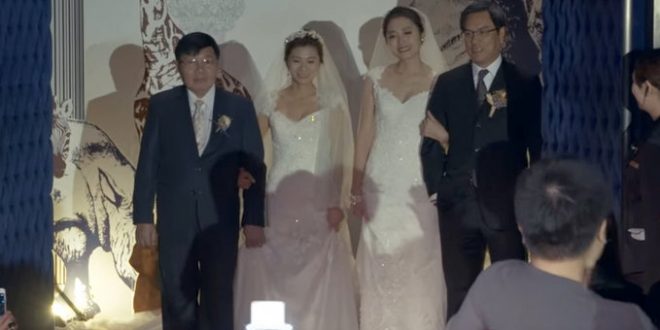 VIRAL VIDEO: CEO Of HSBC Taiwan Walks Lesbian Staffer Down The Aisle After Her Father Refuses

Taiwan is expected to become Asia’s first nation to recognize same-sex marriage by the end of the year, and businesses are definitely taking notice. On Valentine’s Day, HSBC Bank in Taiwan released a heartwarming YouTube video that told the real-life story of how the bank’s country CEO, John Li, walked one of his employees down the aisle at her wedding. The bride’s father had apparently declined to do so because he will not acknowledge his daughter’s relationship with another woman.

“I didn’t think I would ever have a wedding,” the employee, identified only as Jennifer, explained in the clip. Although Jennifer has been in a relationship with her now-wife, Sam, for 11 years, she say her family won’t acknowledge it. Noting that she considered “faking” a heterosexual marriage for her father’s sake, Jennifer added, “My parents have stopped communicating with me and will not come to my wedding.”

The video was posted to HSBC’s official YouTube channel on Valentine’s Day but has only gone viral this week.