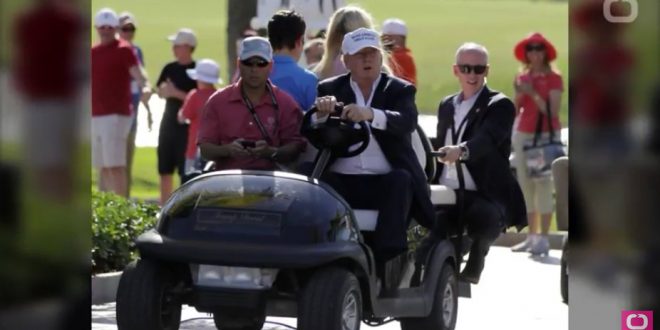 For the eighth weekend in a row, President Trump has visited a property that bears his name. He has done so on 21 of the 66 days he has been in office, meaning that for the equivalent of three full weeks of his just-over-nine weeks as commander in chief, he has spent all or part of a day at a Trump property — earning that property mentions in the media and the ability to tell potential clients that they might be able to interact with the president.

And, despite his insistence on the campaign trail that he would avoid the links — “I’m going to be working for you. I’m not going to have time to go play golf,” he said in August — he has made 13 visits to his own golf courses since becoming president, likely playing golf on at least 12 of those occasions.

President Obama should have gone to Louisiana days ago, instead of golfing. Too little, too late!

President Obama has a major meeting on the N.Y.C. Ebola outbreak, with people flying in from all over the country, but decided to play golf!

We pay for Obama’s travel so he can fundraise millions so Democrats can run on lies. Then we pay for his golf.