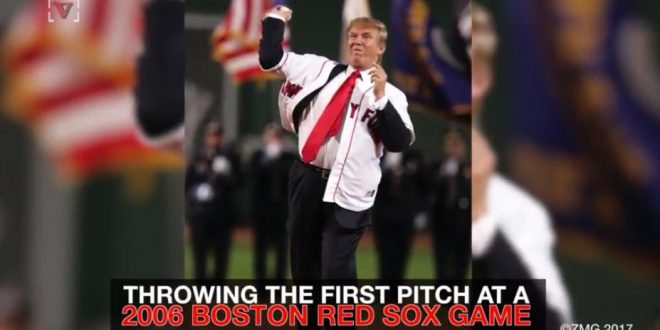 POLITICO Playbook reported Tuesday morning that Trump was in talks to throw the first pitch as the Nationals take on the Miami Marlins in Washington. But the White House said Trump has a “scheduling conflict” that makes him unavailable, the Washington Examiner reported.

Every president since William Howard Taft in 1910, with the exception of Jimmy Carter, has thrown out a first pitch on opening day at some point during their presidency. President Barack Obama threw the first pitch at Nationals Park on opening day 2010.

Previous Nutjob Pastor: I Was Misquoted About A Gay Bar Owner Being Cured By “Anointed Cake” (He Wasn’t) [VIDEO]
Next NRA Hits Dems With $1M Gorsuch Campaign [VIDEO]