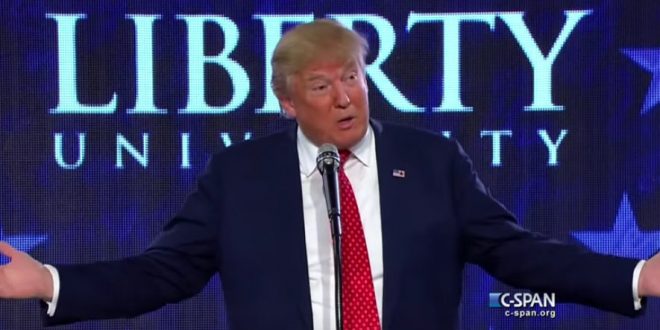 Trump To Give Commencement At Liberty University

The Brody File has learned that President Donald Trump will deliver the upcoming commencement address at Liberty University on Saturday, May 13th. The influential college bills itself as the “largest Christian university in the world.”

“I look forward to speaking to this amazing group of students on such a momentous occasion,” President Trump exclusively tells CBN News. Calling it an honor, the president also told us, “Our children truly are the future and I look forward to celebrating the success of this graduating class as well as sharing lessons as they embark on their next chapter full of hope, faith, optimism, and a passion for life.”

Liberty University President Jerry Falwell Jr., who is very close with President Trump and one of his most prominent evangelical backers during the 2016 presidential campaign, says graduates will get to hear from a man who is, “champion of the average American citizen, including many who felt forgotten and neglected by the establishment.”