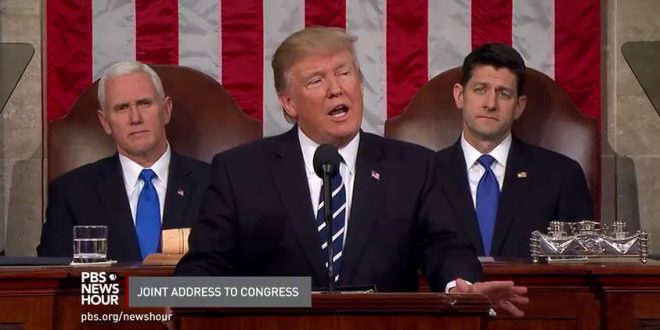 The travel ban needs its own very special moment. It’s all show business, all the time. New York Magazine reports:

In his speech to Congress on Tuesday night, President Trump defended his travel ban, and said his administration has been “working on improved vetting procedures, and we will shortly take new steps to keep our nation safe — and to keep out those who would do us harm.”

The new executive order was expected on Wednesday, but now it won’t be issued until the end of the week. When the initial travel ban was blocked by the court, Trump accused the judge of putting the country “in peril” and claimed “many very bad and dangerous people may be pouring into our country.” Clearly, the president believes there’s an urgent need for a new travel ban — but apparently it’s not as urgent as his need for good press.

Late on Tuesday night, multiple outlets reported that the White House decided to hold off on issuing the new executive order after seeing the positive reviews for Trump’s impersonation of a competent president. A senior administration official told CNN that they don’t want to undercut coverage of the president’s speech. “We want the (executive order) to have its own ‘moment,’” the official said.

Previous So Much For CNN Being “Fake News”
Next JACKSONVILLE: Liberty Counsel Files Lawsuit To Invalidate “Illegal” LGBT Rights Ordinance