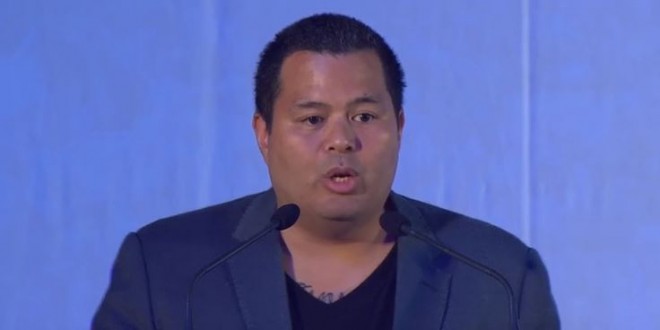 Mass Resistance, a longtime anti-LGBT hate group based in Massachusetts, has been slowly expanding over the past few years. It currently claims an affiliate in Nebraska and chapters in Maine, Colorado, Missouri, California, Virginia, Nigeria and, now, Texas.

According to the Mass Resistance website, the Texas chapter was started and is headed by Robert Oscar López, a well-known anti-LGBT activist who claims to be bisexual. He’s best known because of his claims that he grew up with a bisexual mother and her female partner, and that such a household made him “strange” and set him back in terms of learning “social norms.” He thus opposes same-sex marriage and parenting, and these views have earned him a spot on the anti-LGBT speaking circuit.

Mass Resistance Texas (MRT), which appears to have launched in February, has already been lobbying the state legislature against trans access to bathrooms, and is holding an event Saturday, April 1 at Oak Meadow Baptist Church in Austin called “Stand for the Sanctity and Health of the Family: Action and Education Meeting.” According to the group’s website, the event includes a “panel of experts and activists” who will arm citizens with tools to “fight back against several topics,” including transgender bathroom access, school curriculum and “efforts to make Texans believe the gay marriage issue is lost for good.”

López was formerly based in California, where he taught English and classics at California State University at Northridge. He resigned his position in June 2016 amidst allegations of retaliation against students who accused him of creating a hostile learning environment. Now he is teaching at Southwestern Baptist Theological Seminary in Ft. Worth, Texas.

Though he’s been out of the public eye for a number of months, he has continued his writing, and just recently self-published a book with help from Mass Resistance titled Wackos Thugs and Perverts: Clintonian Decadence in Academia, in which he blames Bill and Hillary Clinton for corrupting academia since 1990, and that “virtually all movements in the academy that claim to be about race are really about LGBT ideology.”

There’s much more at the link. As longtime JMG readers know and as you can see below, Lopez has long been one of the most vicious homocons in the nation. And that’s really saying something.

PREVIOUSLY ON JMG: In April 2015 Lopez filed an amicus brief with the Supreme Court in which he declared that gay marriage must be stopped because gay writers are just horrible to him. In March 2015 Lopez declared that gay activists are incentivizing home-wreckers. Also that month Lopez declared that gay parents like Elton John are disgusting terrorists. In December 2014 Lopez filed an amicus brief with the Eleventh Circuit Court in which he opposed Florida marriage because gays have been telling lies about him. In September 2014 Lopez compared the Human Rights Campaign to the Khmer Rouge. Also in September 2014 Lopez petitioned the Fifth Circuit Court of Appeals to stop gay marriage in Texas because he used to be a prostitute. In April 2014 Lopez filed an anti-gay amicus brief in support of Virginia’s ban on same-sex marriage. In March 2014 Lopez declared that gay men are turning surrogate mothers into breeding slaves. In 2013, in addition to appearing on stage at an anti-gay Manif Pour Tous rally in France that was supported by neo-Nazis, Lopez testified against LGBT equality before several state legislatures and he co-signed an anti-gay homocon brief to the Supreme Court in support of DOMA. You really must read the Media Matters take on Lopez’ trilogy of gay erotica.