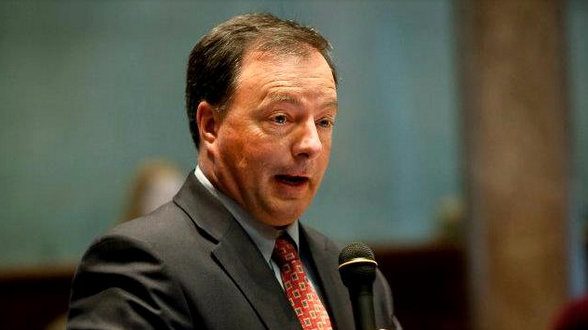 The University of Tennessee at Chattanooga fired a reporter this week at WUTC, the National Public Radio affiliate, after local lawmakers complained about how she reported on the transgender bathroom bill.

Jacqui Helbert, 32, reported and produced the story for WUTC, which followed a group of Cleveland High School students as they traveled to the state capital March 7 to meet with Sen. Mike Bell, [photo], and Rep. Kevin Brooks about the legislation.

The story aired on WUTC March 9 and 13, and was posted on the station’s website. After it was posted, lawmakers began to complain that Helbert did not properly identify herself as a reporter during the meetings.

Helbert maintains she acted within journalistic ethics as she reported the story, and she never concealed her intentions or bulky radio equipment. She did not verbally identify herself as a journalist.

Helbert notes that she was wielding a 22-inch fuzzy boom mic and was wearing her NPR press pass during the event. The students, not incidentally, were in opposition to the bill which is now dead for this legislative session. Helbert says she believes the university fired her because they fear budgetary reprisals from the lawmakers.