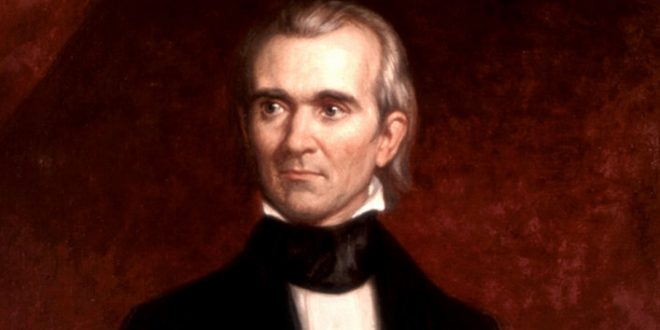 The Tennessee Senate passed a resolution Monday that would allow the body of former President James K. Polk to be exhumed and moved to a fourth resting place. Polk and his wife, Sarah, are currently buried on the grounds of the state Capitol.

The resolution would allow the bodies to be exhumed and moved about 50 miles south to Columbia to the grounds of the James K. Polk Home and Museum. The proposal has riled some folks in Tennessee who think the move desecrates the body of the nation’s 11th president. The state historian objects to the move, and the descendants of the former president are pitted against one another.

Teresa Elam, who says she is a seventh-generation great-niece of the childless Polk, called the whole idea “mortifying.” “I got so upset about it because they’re going to take these bodies of these fine, wonderful people and bring them down to Columbia and put them on display to make money,” she said.

The resolution was sponsored by anti-LGBT Sen. Joey Hensley, who was in the news earlier this month after his affair with his married cousin was exposed.

Previous OHIO: Columbus Bans Ex-Gay Torture [VIDEO]
Next Democratic Rep. Eric Swalwell On Devin Nunes: This Is What A Coverup To A Crime Looks Like [VIDEO]