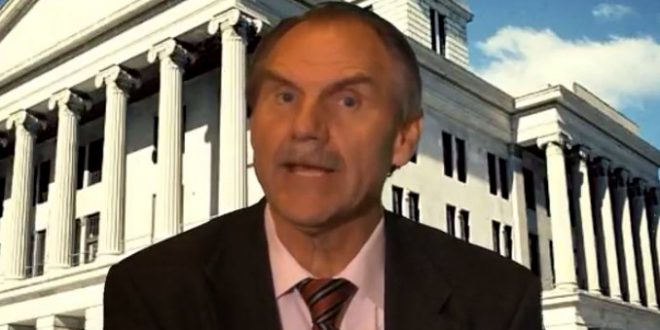 A watered-down version of a bill that took aim at Tennessee’s recognition of gay marriages is dead for the year. The House Civil Justice Subcommittee voted Wednesday to stop considering the bill by Republican Rep. Mark Pody of Lebanon until next year.

The bill would have required the state attorney general to defend county or city clerks in court if they’re sued for refusing to issue marriage licenses to same-sex couples. Pody agreed to move the bill to next year amid two ongoing local lawsuits, which challenge the implementation of the U.S. Supreme Court ruling that made same-sex marriage legal nationwide.

In the 2015 clip below, Pody reveals how White Jesus personally told him that same-sex marriage is the creation of Satan. Or something.

Previous ARKANSAS: Bathroom Bill Dead For Current Session
Next Huckabee Implies Lindsey Graham Is Gay: I Wonder What Uniform He Puts On Each Morning [AUDIO]