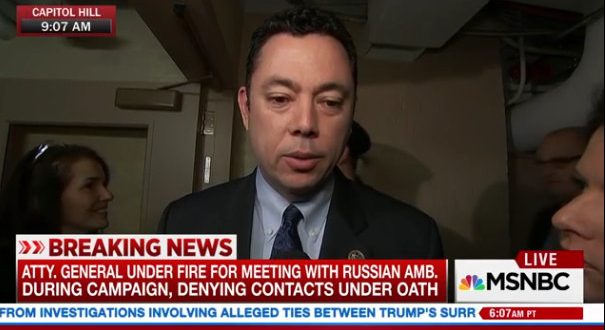 The head of the House oversight committee on Thursday morning said Attorney General Jeff Sessions should recuse himself from the investigations into Russia’s election-related hacking and communications with President Donald Trump’s presidential campaign. House Oversight Chairman Jason Chaffetz, a Republican from Utah, said on Twitter that “AG Sessions should clarify his testimony and recuse himself.”

House Majority Leader Kevin McCarthy said on MSNBC’s “Morning Joe” that “it would be easier” if Sessions recused himself. “I think, the trust of the American people, you recuse yourself in these situations,” McCarthy said, according to Politico. “I just think for any investigation going forward, you want to make sure everybody trusts the investigation … that there’s no doubt within the investigation.”

House oversight chairman Chaffetz: Sessions is “going to need to recuse himself at this point” https://t.co/apAPlDKLKS

Previous KEY WEST: Hate Crime Charge For Man Who Shouted “You Live In Trump Country” During Gay Bashing
Next Sessions: These Accusations Are Unbelievable [VIDEO]