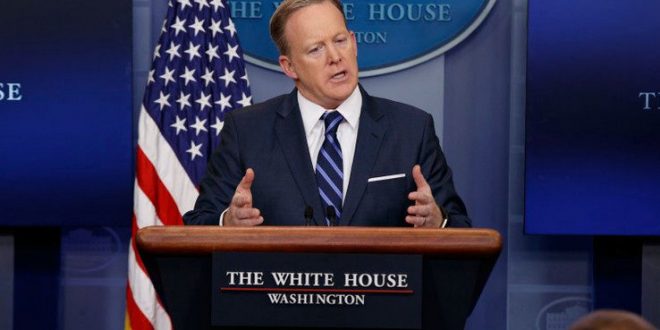 White House press secretary Sean Spicer declined on Friday to say whether President Trump believes ousted national security advisor Mike Flynn is guilty of a crime, even though Trump said on Twitter that Flynn should seek immunity from the Senate Intelligence Committee before he testifies about Russia.

Spicer was asked if Trump’s tweet means that Flynn might be guilty of something, but Spicer replied by saying Trump just wants Flynn to testify, however he’s able. “I think [Trump] believes that Mike Flynn should go testify,” Spicer told reporters. “He thinks that he should go up there and do what he has to do to get the story out there.”

“What [Trump] is asking is [for Flynn to] go testify – do what you have to do to tell Congress what we’ve been saying for a long time,” he said. Spicer was also asked if the White House is worried that Flynn might have information that could be damaging to Trump. “Nope,” Spicer replied.

“I’m not going to give MIke Flynn or anybody legal advice from the podium,” Spicer says, despite Trump giving Flynn legal advise in a tweet

Any concern over what Flynn might say in testimony?