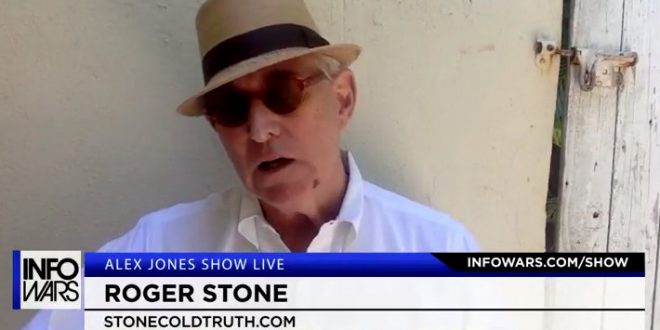 Purely for the LULZ, here’s what InfoWars claims:

Trump adviser Roger Stone was involved in a hit-and-run T-bone car accident Wednesday, the Republican operative revealed on the Alex Jones Show. “I was driving on my way to a speech in Orlando later this afternoon, and my car was T-boned by a car coming out of nowhere, the windshield so darkly tinted you could not see who was inside the car,” Stone told Alex Jones following the accident.

“It was starting — the airbags went off, they came it at the passenger door where I was seated. And then the driver threw it in reverse, even though he had sustained some damage, and took off. There either were no plates or they were not identifiable.”

“It didn’t seem like an accident to me,” Stone asserted. The accident comes as Senator John McCain calls for Stone to testify before the Senate Intelligence Committee regarding his alleged collusion with the Russian government during the 2016 presidential election. Stone was previously the target of an assassination attempt in January.