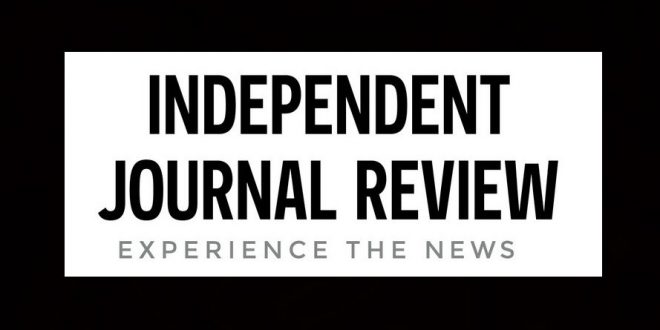 Independent Journal Review has suspended three staffers including Chief Content Officer Benny Johnson after the publication last week of a conspiracy-laden post about President Barack Obama that was subsequently retracted.

The post, published last week, alleged that Obama’s “surprise” visit to Hawaii could somehow have been connected to a federal judge’s ruling on President Donald Trump’s travel ban. Its publication led to the site’s congressional reporter to resign, citing the conflict between his own credibility and the site posting right-wing conspiracy theories also found on sites like InfoWars.

In a statement provided to Business Insider, which first broke news of the suspension, IJR founder Alex Skatell said the writer of the original post Kyle Becker, content editor Becca Lower and Johnson had been suspended. According to sources at the company, Becker was suspended last week, but Johnson and Lower’s suspensions were not announced until Tuesday, the same day Business Insider’s article published.

Johnson was fired by Buzzfeed in 2014 for plagiarism. IJR was also in the headlines this week for other Trump-related reasons:

It was supposed to be Independent Journal Review’s week to shine. The upstart, millennial-focused news website, which has emerged as a favorite of President Donald Trump’s administration for its conservative bent, was the only media organization granted access to Secretary of State Rex Tillerson as he traveled to Asia for his first trip there as the nation’s top diplomat.

Media critics were wary of the Trump administration’s decision to freeze out a traditional press pool in favor of a sole reporter — from IJR, no less, a friendly news outlet. The website had already been scorned for using its newfound White House access to publish what were seen as glowing pieces about the new administration.

The opportunity to shadow Tillerson did little to change that perception. IJR reporter Erin McPike, who was trailing Tillerson, was not filing stories from the road during the week. Nor was she sending real-time updates to colleagues about the secretary’s movements. McPike blamed her superiors in a tweet, saying they had told her to focus solely on a profile piece — a decision that was reversed later under mounting pressure and allowed her to break some news about his trip and views toward the media.

Previous Pastor Lance Wallnau: A Gay Bar Owner Was Cured Of Homosexuality By Eating Anointed Cake [VIDEO]
Next Gorsuch On Marriage: Obergefell Is “Absolutely Settled Law” But Questions Remain About Its Scope [VIDEO]