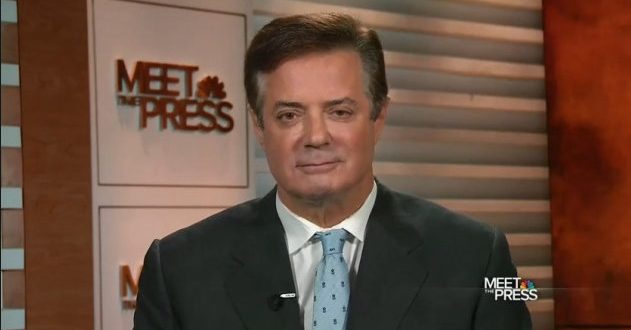 President Donald Trump’s former campaign chairman, Paul Manafort, secretly worked for a Russian billionaire to advance the interests of Russian President Vladimir Putin a decade ago and proposed an ambitious political strategy to undermine anti-Russian opposition across former Soviet republics, The Associated Press has learned. The work appears to contradict assertions by the Trump administration and Manafort himself that he never worked for Russian interests.

Manafort proposed in a confidential strategy plan as early as June 2005 that he would influence politics, business dealings and news coverage inside the United States, Europe and the former Soviet republics to benefit the Putin government, even as U.S.-Russia relations under Republican President George W. Bush grew worse.

Manafort pitched the plans to Russian aluminum magnate Oleg Deripaska, a close Putin ally with whom Manafort eventually signed a $10 million annual contract beginning in 2006, according to interviews with several people familiar with payments to Manafort and business records obtained by the AP. Manafort and Deripaska maintained a business relationship until at least 2009, according to one person familiar with the work.

In a statement to the AP, Manafort confirmed that he worked for Deripaska in various countries but said the work was being unfairly cast as “inappropriate or nefarious” as part of a “smear campaign.” “I worked with Oleg Deripaska almost a decade ago representing him on business and personal matters in countries where he had investments,” Manafort said. “My work for Mr. Deripaska did not involve representing Russian political interests.”

There’s much more at the AP link, but wait, there’s also this from the BBC:

Further allegations have been made in Ukraine about secret funds said to have been paid to Donald Trump’s former campaign chairman Paul Manafort. Lawmaker Serhiy Leshchenko said he had evidence that Mr Manafort had tried to hide a payment of $750,000 (£600,800) from a pro-Russian party in 2009. Mr Manafort was an adviser to Ukraine’s pro-Russian ex-President Viktor Yanukovych. He denies receiving payments, and his spokesman called the claim “baseless”. Mr Leshchenko said the documents were signed by Mr Manafort and were found in his former office in Ukraine by its new tenant, along with other papers.

Manafort ran the Trump campaign from March through August 2016. On Monday, Sean Spicer declared that Manafort only played a “very limited role” in the campaign. Uh huh.

Previous Wall Street Journal Blasts “Fake President” Trump: He Clings To His Lies Like A Drunk To An Empty Gin Bottle
Next Gong Show Creator Chuck Barris Dies At Age 87