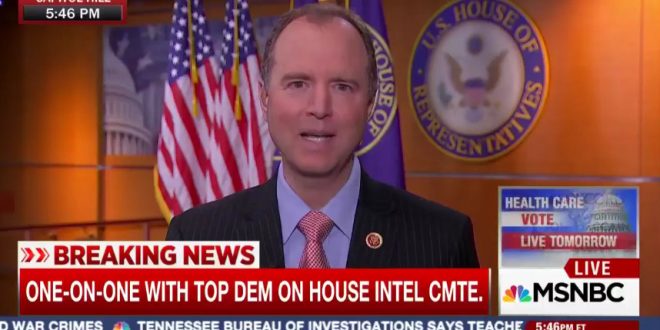 The top Democrat on the House Intelligence Committee said Wednesday that there is “more than circumstantial” evidence pointing to collusion between the Trump campaign and Russia.

In an interview with “Meet the Press” host Chuck Todd, Rep. Adam Schiff (D-Calif.) said evidence suggesting that members of President Trump’s campaign conspired with the Kremlin to influence the presidential election in Trump’s favor was “more than circumstantial,” and needed to be thoroughly probed.

Schiff on collusion btw Trump associates and Russians: “I can’t go into the particulars, but there is more than circumstantial evidence now” pic.twitter.com/JvPv74ROiM