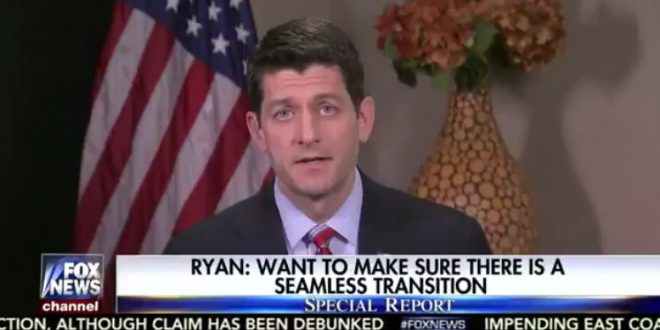 Paul Ryan: I’m “Pretty Encouraged” By The Report That Trumpcare Will Cost 24 Million Their Coverage [VIDEO]

As you’ll see in the clip below, even the Fox News host isn’t buying it:

Speaker Paul Ryan spoke with Fox’s Bret Baier tonight and reacted to the CBO score on the American Health Care Act. Baier brought up the millions of people the CBO says would be uninsured a few years from now, but Ryan responded, “If you read this entire report, I’m pretty encouraged by it. It actually exceeded my expectations.”

He argued that when they end the Obamacare mandate, “of course they’re gonna suggest that if we’re not gonna… make people do something they don’t wanna do, they’re not gonna do it.” Ryan did add he believes the CBO overestimated that uninsured number “just like they overestimated who would be insured by Obamacare.”