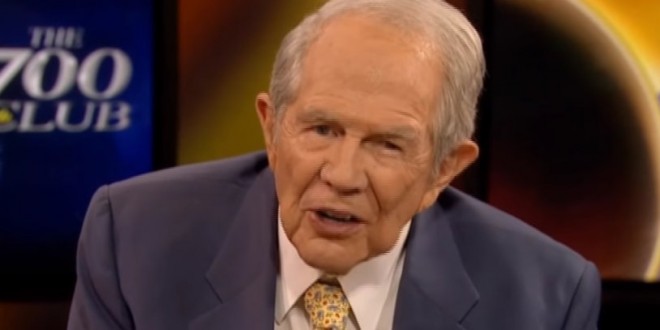 Pat Robertson Yesterday: Mark My Words, The Lord Will Give Trump The Votes To Pass Trumpcare [VIDEO]

Yesterday, Pat Robertson kicked off “The 700 Club” by declaring that the American Health Care Act, the Republican bill to repeal and replace the Affordable Care Act, “is going to pass” and “they’re going to give Trump a victory.”

“It’s going to go through the Senate, and we’re all going to rejoice that we’re going to pay less on health care,” he said, despite the fact that if enacted, most people would see their premiums skyrocket.