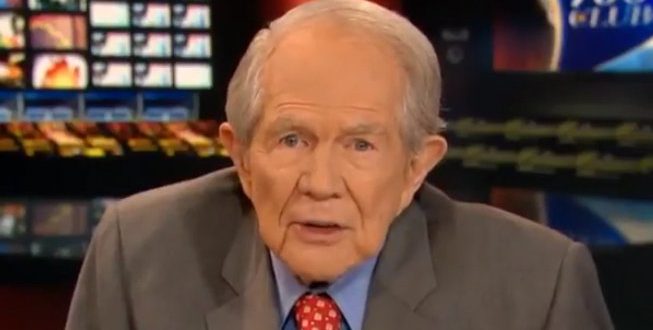 Brian Tashman has the quote at Right Wing Watch:

Judges are saying, ‘Oh no, you can’t stop that, it will be against our Constitution.’ Well, these people don’t care about the Constitution. They will use the Constitution to such a point as they gain power. Once they get power, then they’re in charge and Sharia law comes in and the rest of you become dhimmis and you will have to pay a tax to the ruling elites. That’s what they intend. They want a global caliphate.

I think God loved America so much that he stopped this onslaught. If we had another eight years of an Obama-like presidency, we couldn’t have gotten our country back. Fortunately, there’s a change, but look at the riots and look at the terrible things that are being said about Trump when all he’s trying to do is reverse the course of statism and decline into chaos that we have had over the last few years.

Apparently God doesn’t love America enough to give us Trumpcare, despite Robertson’s “mark my words” claim last week that God would make Damn Sure that it passed.