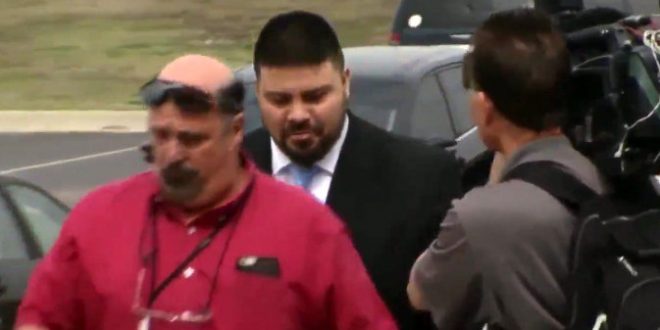 Last year Shortey introduced an anti-immigrant bill on the grounds that it would help stop child sex trafficking. Seriously. The bill helped earn him the endorsement of Arizona Sheriff Joe Arpaio. Shortey also posted the below photo with Donald Trump Jr. AFTER he was arrested at the Super 8 Motel. #BREAKING: Oklahoma Sen. Ralph Shortey has turned himself in to the Cleveland County Jail. #KFORalert pic.twitter.com/kOfihRdd0a

VIDEO: Senator Shortey turns himself into authorities on child prostitution charges. He says, "no comment at this time, but I will soon." pic.twitter.com/3VDTiQrIgu