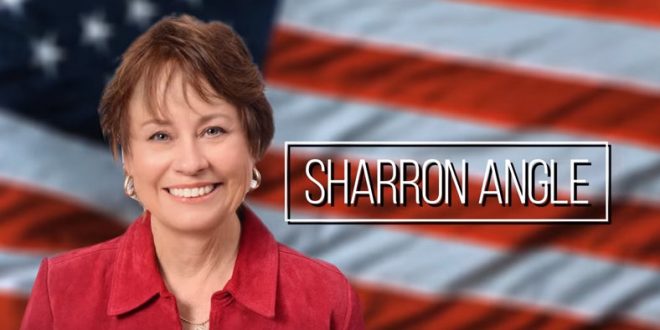 Sharron Angle, a conservative activist and onetime candidate for U.S. Senate, announced Tuesday that she would run for Congressional District 2 based in Reno. Angle has run for federal office three times before to no avail, including CD2 against then-U.S. Rep. Dean Heller, R-Nev. She shot to national attention during a 2010 run for U.S. Senate against then-Majority Leader Harry Reid, D-Nev.

She ran for U.S. Senate in 2016, hoping to bank off the windfall of support for then-Republican presidential candidate Donald Trump. Republican U.S. Rep. Joe Heck bested her for the nomination by about 50,000 votes. Congressional District 2 is currently held by U.S. Rep. Mark Amodei, R-Nev., who served as Trump’s Nevada state campaign chairman, but also hasn’t been afraid to buck some of Trump’s proposals. Amodei has not announced his reelection bid yet.

It won’t be the first time the two have met on a ballot — Angle beat Amodei in 2010 when she secured the Republican nomination to take on Reid. That year, she had hoped to capture the Tea Party streak sweeping the nation against an unpopular Reid, who had helped navigate the controversial Affordable Care Act through Congress. But Reid cruised to a 6-point victory, despite polling down the stretch showing an Angle lead, thanks in no small part to controversial moments from her time on the campaign trail. The Washington Post published audio of her floating “Second Amendment remedies” unless there was a turnaround in Congress, and her campaign ran some controversial advertisements on illegal immigration.

During her failed 2010 Senate bid, Angle cited Medicare, divorce, and LGBT rights as part of the “wicked ways” that are destroying America. Angle denies global warming, opposes abortion in all cases, and believes that the separation of church and state is a “fiction” invented by “communists and the liberal media.”