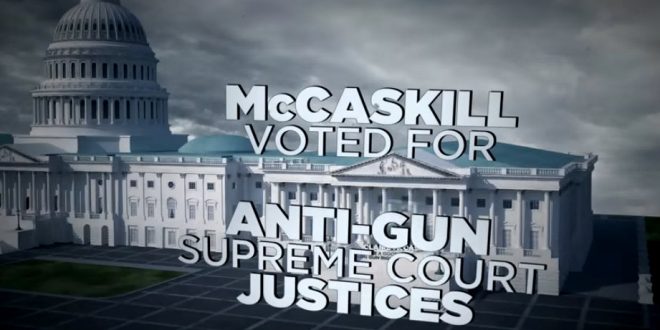 The NRA’s Institute for Legislative Action told Secrets Monday that the effort will target Sens. Claire McCaskill of Missouri, Jon Tester of Montana, Heidi Heitkamp of North Dakota and Joe Donnelly of Indiana.

Each of the four local ads quote the senators “talking a good game,” then demands that they make good on their promises to protect gun rights. “Your freedom is on the line,” the ads warn viewers and supporters.