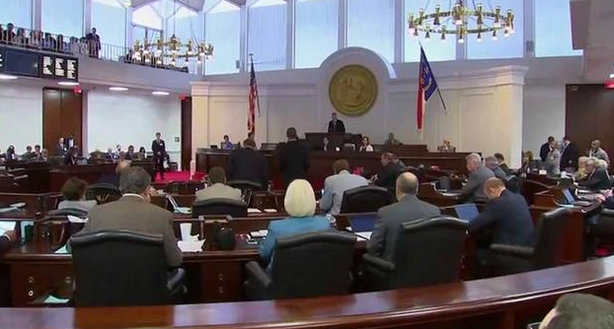 A controversial compromise bill that would replace HB2 has cleared its second hurdle and is now on its way to the North Carolina House. HB142 passed its second reading in the Senate 32 to 16, meanwhile, it remains unclear if the compromise bill will pass in the House. “This law does not repeal HB2, it doubles down on discrimination,” said Cathryn Oakley HRC Senior Legislative Counsel at a press conference in Raleigh Thursday morning. Democratic Senator Dan Blue said the bill takes North Carolina to a pre-2016 (HB2) state when it comes to restrooms.

While HB142 repeals HB2, it bans municipalities from passing any non-discrimination ordinances through 2020. After that, local governments would be banned from passing any non-discrimination ordinances related to bathrooms. Representatives from the HRC, Equality NC and the ACLU all condemned the compromise bill at a press conference Thursday. “If you vote for this bill you are not a friend of the LGBTQ community,” said Chris Sgro, Equality NC Executive Director.

NC Senate votes 32-16 on second reading to repeal HB2 #ncga approves on third reading by voice vote. On to House.