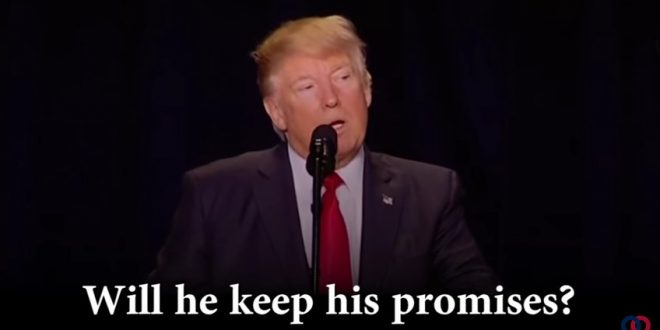 NOM has produced a critically important video on religious liberty that I am asking you to watch and share widely with your friends, family and contacts. As you may know, President Trump is considering an urgently-needed Executive Order to protect people of faith from discrimination and retribution by the government because of their faith beliefs, including their beliefs about marriage. But powerful opponents are working to convince him to abandon the Order, which is why it’s so important that you watch this video today and share it with everyone you can.

Former President Obama and his administration targeted people of faith and faith-based nonprofit groups with damaging policies that were designed to force them to abandon their faith and adopt an extreme leftist secular agenda on marriage, life, gender and many other matters. Those who held firm to the teachings of their faith were punished – some lost their jobs, others were sued and fined, business and charities were closed and reputations were ruined. All this simply because Christians and other people of faith did not want to violate their faith.

As the video says clearly, it’s unconscionable and unconstitutional to force people to abandon their religious faith. The first and most immediate step needed to correct this outrage is for President Trump to sign the draft Executive Order protecting religious liberty. Then Congress must act to make it permanent by passing the First Amendment Defense Act. It is a blessing from God that we have this opportunity to encourage President Trump to sign the pending Executive Order on Religious Liberty.

Had Hillary Clinton been elected last November, we would have had no hope that she would do the right thing. Now that Mr. Trump has assumed office, it’s important that we get him to act in pursuit of his promise to do everything in his power to protect religious liberty in our nation. Remember, watch the video, share it widely, and if you are on Twitter, send a tweet today.

Previous Trump Reveals Plan For Trumpcare: Allow Obamacare To Implode And Then Let Democrats Take The Blame
Next Newly-Minted Homocon Chadwick Moore: Matthew Shepard Was Killed Over Meth, It Wasn’t A Hate Crime