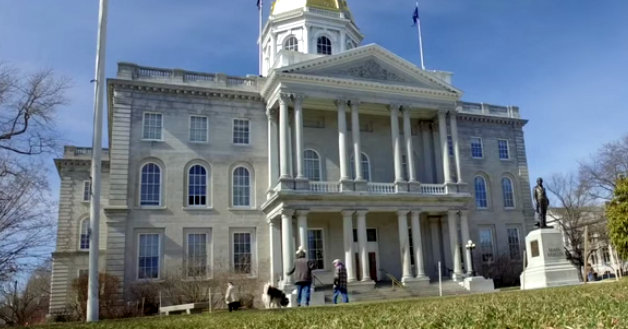 New Hampshire won’t ban gay conversion therapy for minors this year, after a House committee voted this week to hold back the bill. In a 13-8 vote, the House Health, Human Services and Elderly Affairs committee retained the legislation Tuesday over concerns that it limits parental rights and counseling for youth working through their sexuality, members said.

The decision marks another setback for LGBT-rights groups, which earlier this year saw the Republican-led House defeat a bill to expand anti-discrimination protections for transgender people. “It’s another year to go without protections for people,” said Democratic Rep. Renny Cushing, a co-sponsor on both pieces of legislation. Both bills had already cleared the Republican-led Senate, and sponsors included Majority Leader Jeb Bradley.

Republican Rep. Mark Pearson, who co-founded New Creation Healing Center, said all members of the committee opposed such therapies, but the proposed legislation went “much further.” “On numerous occasions young people have wished to explore with our counselors or senior medical personnel various sexual and romantic feelings,” he said in a written statement. “Had this bill passed, such helpful discussions would have subjected our professionals to discipline by their respective state licensing boards.”

Also from the Monitor: The bill doesn’t apply to unlicensed therapists and would include religious protections. One committee member, however, raised concern with a section that bans licensed therapists from efforts to reduce sexual or romantic attractions. “Every one of my senior staff members has and continues to do this when an under-18 person asks for help to work through these things, when they say, ‘Would you help me stop having that attraction towards that person of my gender,’” said Rep. Mark Pearson. “Would you believe that I am grateful that my staff does this because if my staff didn’t do this, I know some back-alley people and their techniques are not good.”

When FRC’s Peter Sprigg speaks, legislators listen! A month after delivering some of the best testimony in the sexual reorientation therapy debate, the New Hampshire House killed a bill to outlaw the counseling for young people. By a 13-8 vote, the state’s Health, Human Services, and Elder Affairs Committee sent LGBT activists packing after an intense effort to ban the voluntary therapy.

In the end, legislators agreed that the measure would have severely limited parents’ rights and, just as importantly, deprived kids of the help they earnestly want. As Peter pointed out at the time, the attacks on this kind of counseling usually have nothing to do with their effectiveness and everything to do with politics. Thank goodness that in New Hampshire, common sense — not political correctness — prevailed!