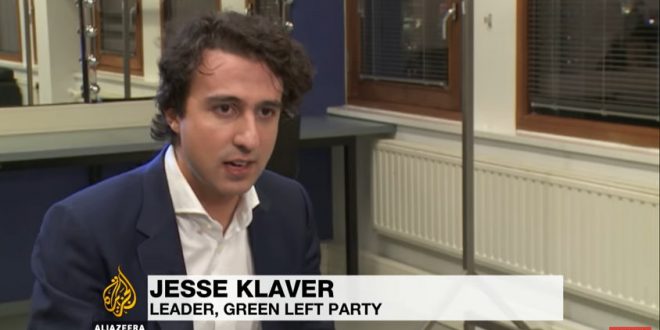 The big winner of Wednesday’s election – and now the largest party of the Dutch left for the first time – was GreenLeft, headed by 30-year-old Jesse Klaver, hailed by his enthusiastic supporters as the “Jessiah”.

With more than 95% of votes counted, the party – formed 25 years ago by a merger of communists, pacifists, evangelicals and self-styled radicals – boosted its MPs from four to 14 after a storming campaign by Klaver. “This is a fantastic result for us, a historic victory,” said the party chairwoman, Marjolein Meijer. The result showed there was “very fertile ground in the Netherlands for change and a positive and hopeful story”, she said. “For us this is just the beginning.”

Sometimes compared to Canada’s youthful prime minister, Justin Trudeau, Klaver – who has a Moroccan father and a mother of Indonesian descent – said on polling day that the left’s answer to the far right’s rise in Europe was to stand up for its ideals. “What I would say to all my leftwing friends in Europe: don’t try to fake the populace,” he said.

“Stand for your principles. Be straight. Be pro-refugee. Be pro-European. We’re gaining momentum in the polls. And I think that’s the message we have to send to Europe. You can stop populism.”