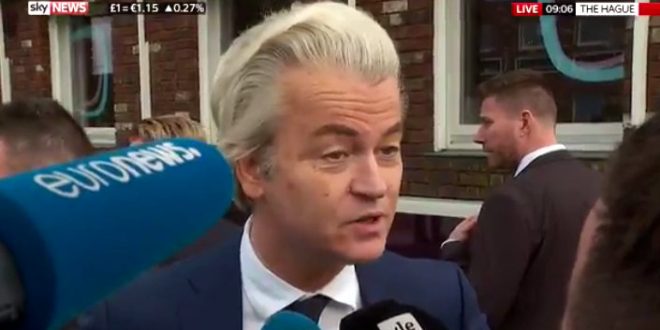 His party came far ahead of the next three parties, including Geert Wilders’ anti-immigration Freedom Party (PVV), the Christian Democrats and the D66 Party, which each got 19 seats. Mr Wilders’ party had been leading in opinion polls but support for the party appeared to slip in recent days.

Voter participation in the general election was high – and experts say the final turnout may reach 80%. Analysts say a high turnout may have benefited pro-EU and liberal parties.

If the results hold in the Netherlands, most expect it to be a bad sign for French fascist leader Marine Le Pen. The French election is next month. Watch live election returns below.