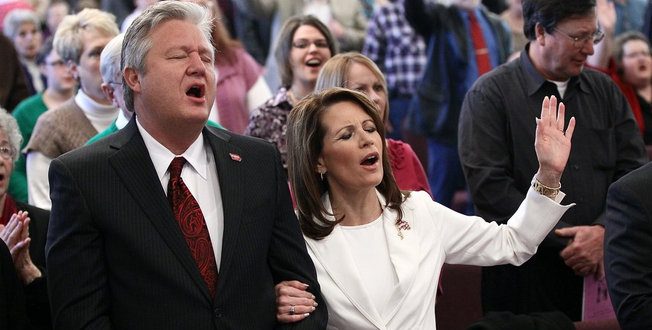 A clinic that was accused of pushing bogus “pray away the gay” therapy — and is owned by former Rep. Michele Bachmann’s husband — was cited by Minnesota health inspectors for failing to properly keep patient records.

Inspectors going through the paperwork at the Counseling Care clinic in Lake Elmo found last month that “developmental condition” and other legally-required information was missing in the records they perused, a Minnesota Department of Human Services correction order dated March 20 states.

The Counseling Care clinics in Lake Elmo and Burnsville became an issue during Bachmann’s failed presidential bid in 2012 when her husband was accused of practicing “conversion therapy” — a widely-debunked method for turning gay people straight that critics lampooned as “pray the gay away.”

Marcus Bachmann’s clinics were also found to have taken $137,000 from Medicaid — a federal program the Republican congresswoman claimed was swelling “welfare rolls.”

In the telephone interview, Marcus Bachmann insisted again that they don’t offer gay reversal therapy. “We never have and we have absolutely no intention to ever do that,” he told NBC News, adding that his operation would not be getting this much attention if his name wasn’t Bachmann.

As many of you surely know, Ladybird’s claim that his clinic doesn’t offer ex-gay torture is complete crap.

Previous Pope Slams Populism In Speech To EU Leaders
Next Priebus On Heathcare: Everything’s Now On The Table