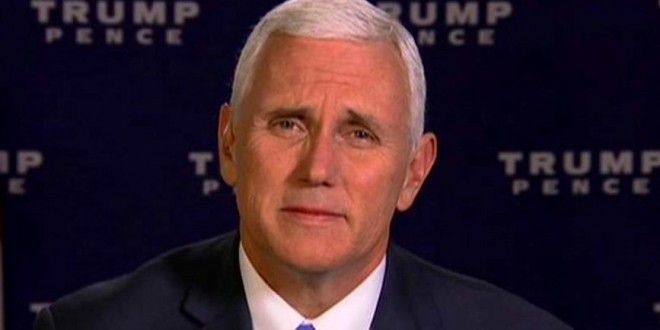 Vice President Mike Pence is in his own fight with a pillar of the establishment media, tweeting a letter he sent to the Associated Press after the organization published his wife’s private email address in a story earlier this week.

The Pences’ private email addresses were published Friday within 29 pages of old AOL emails uncovered by the Indianapolis Star through an open records request as part of an in-depth report that revealed that the former governor used a private email account that appeared to sidestep public records laws.

On Saturday, Pence tweeted that the publication “violat[ed] her privacy and our security.” He followed up with a second tweet that included an image of a letter his attorney sent to the AP requesting his wife’s email address be redacted from the story and demanding a public apology.

Ironically, Pence and President Donald Trump were the beneficiaries of thousands of leaked private emails sent by Hillary Clinton and her top campaign adviser, John Podesta, during last year’s campaign as they excoriated her own use of a private email account while conducting official government business.

When we requested they take it down, they refused. The @AP owes my wife an apology. pic.twitter.com/LdMmnewnWF