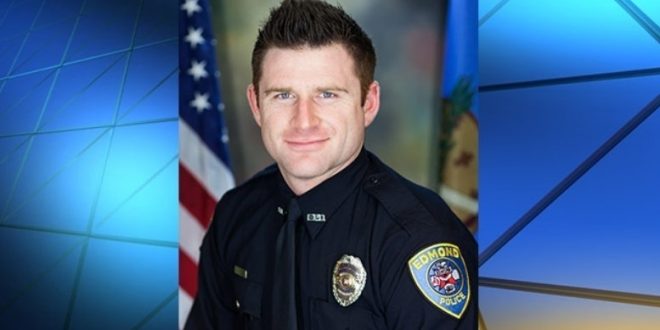 MAGA: Cop Charged With “Outraging Public Decency” For Being Drunk And Naked Except For Trump Hat

An Edmond police officer has been charged with a misdemeanor and placed on paid administrative leave after being accused of being drunk and nude while at Arcadia Lake in July. Police were called to investigate after receiving reports that a man, identified as Colter Morey, got drunk July 23 while on a boat with friends, according to court documents.

Witnesses said Morey was wearing only a “Make America Great Again” hat and caused problems on someone’s boat. Other witnesses told investigators that Morey made it well known that he was a police officer. Morey denies both claims. An internal affairs investigation is being conducted into the incident.

The Edmond Police Department released the following statement: “The Edmond Police Department received a complaint on July 23 of an incident that took place at Arcadia Lake involving one of our officers. We immediately opened a criminal investigation and presented charges to the Oklahoma County DA’s office. Officer Colter Sterns Morey was charged this afternoon with Outraging Public Decency by the DA. This is a criminal misdemeanor.”