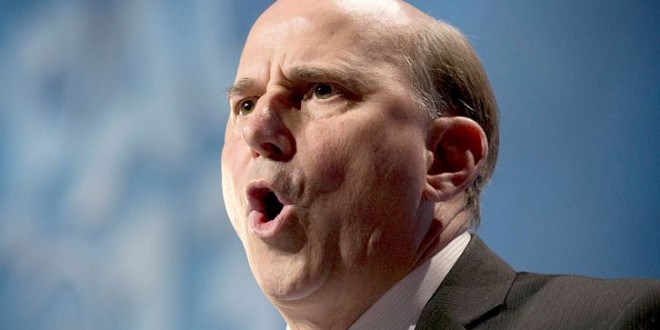 Loony Louie Gohmert: If Hillary Had Won, Within Four Years I’d Be In Prison For Being A Christian [AUDIO]

“That night of the election, I’d already come to grips,” Gohmert said, “the U.S Commission on Civil Rights says that Christians are the biggest hate group threat in America, in essence. And you had Hillary, who wants to make it a crime to say anything negative about radical Islam, and Loretta Lynch [who] were in favor of [making it] a crime to question man-made global warming.”

After making this series of false statements, Gohmert said that he told his wife on the night of the election that “if it doesn’t go well, I’m probably going to be in jail within four years because I’m going to be part of the Christian-loving group that they say is hateful,” and so Trump’s election has “just been such a relief.”

Previous Arnold Schwarzenegger Ditches Apprentice Gig: Nobody Wants Anything To Do With It Because Trump
Next American Horror Story: Melania Edition [VIDEO]