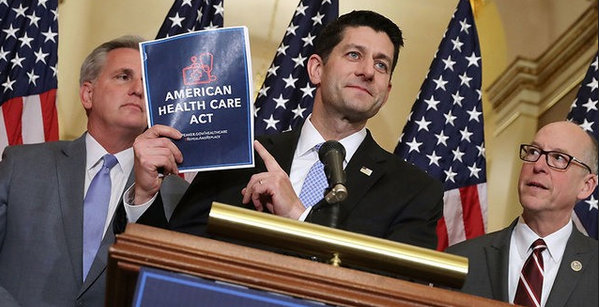 The vote is expected to happen some time around 3:30PM. Via Talking Points Memo:

House Democrats warned their Republican colleagues against voting for the American Health Care Act on Friday, pointing to the speed with which it was pushed through the chamber and its unpopularity in a recent poll.

“What is happening today is a lose-lose situation for the Republicans,” Minority Leader Nancy Pelosi (D-CA) said of the legislation during a press conference with party leadership.

“It’s a lose for the American people, that’s for sure,” she continued. “But the people who vote for this will have this vote tattooed to their foreheads as they go forward.”