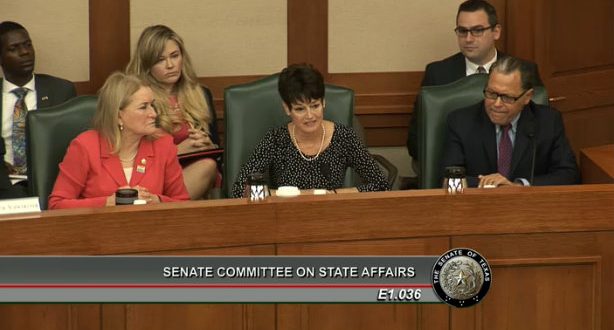 Texas senators are expected to take up the so-called bathroom bill on Tuesday, opening up the possibility that the controversial measure could clear its first hurdle in the upper chamber.

The Senate State Affairs Committee will debate Senate Bill 6, a legislative priority of Lt. Gov. Dan Patrick, that would require transgender people to use bathrooms in public schools, government buildings and public universities that match their “biological sex.” The measure would also pre-empt local nondiscrimination ordinances that allow transgender residents to use the bathroom that matches their gender identity.

The committee is expected to take a large part of Tuesday hearing public testimony on the bill. It’s unclear whether lawmakers will vote the measure out on Tuesday, but it is expected to eventually make it out of the Republican-controlled committee.