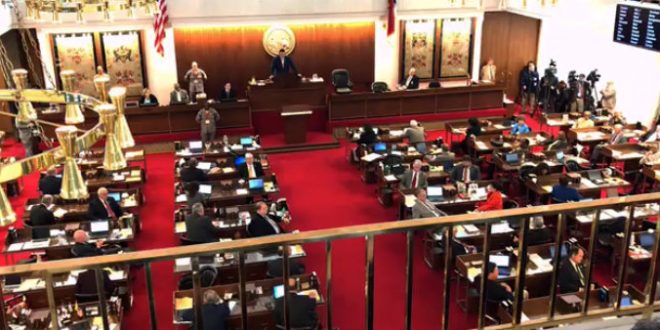 Earlier today the North Carolina Senate voted 32-16 for a “compromise” repeal of HB2 that has angered both LGBT activists and hate groups. The Charlotte Observer is now live-streaming the debate in the state House on their Facebook page. Watch it here.

UPDATE: More from the Observer.

Democratic Gov. Roy Cooper said in a statement overnight that he supported the compromise. Whether the repeal and attached provisions will be sufficient to put the state back in contention to host NCAA sports championships remains to be seen.

Blue said many Democrats oppose imposing a moratorium on local non-discrimination ordinances, but he said the repeal takes the state back to what it had before HB2 was enacted in March 2016. Speaking on the Senate floor, Blue said the bill “resets the conversation” about new definitions of discrimination. “I think this will address issues of who we are, how inclusive we are and whether everyone is valued,” Blue said.