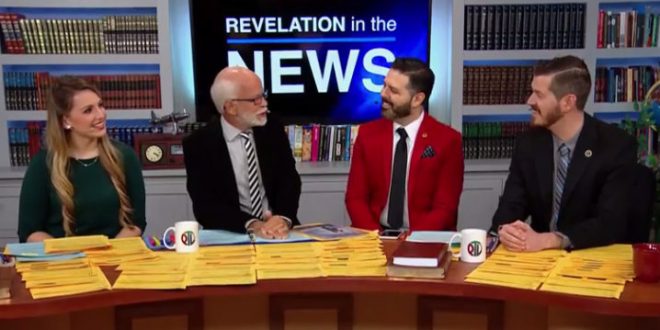 Grifter Jim Bakker: The Women’s March Fulfills Prophecy That The End Times Are Totes Upon Us [VIDEO]

Yesterday, televangelist Jim Bakker hosted the show “Revelation in the News,” where he declared that America is on the brink of civil war. Bakker, an outspoken supporter of Donald Trump, said that Trump’s election gave him “hope that maybe we can pray again in America or that we could read the Bible in America,” which he apparently could not do when Barack Obama was president.

He pointed to the recent Women’s March as a fulfillment of 2 Timothy’s account that people “in the last days” will be “despisers of those that are good,” claiming that they are “marching in the streets by the millions to kill their babies.” Bakker claimed that Americans who support Trump are facing persecution and losing their freedom of speech, while cohost John Woodall contended that treasonous CIA officers are targeting Trump.