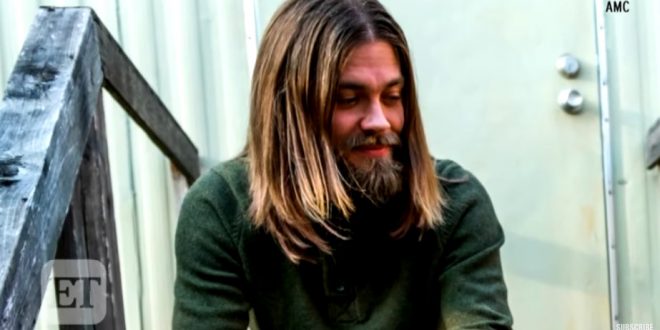 “Jesus” Comes Out On The Walking Dead [VIDEO]

Ever since Tom Payne made his The Walking Dead debut a year ago as fan-favorite Jesus, speculation has brewed over how much of his persona from the comic books would be retained – and specifically, whether his sexuality would remain the same. Payne said last year that he saw no reason why his on-screen Jesus wouldn’t be gay, as he is in the comics, and in tonight’s [last night’s] episode “The Other Side,” he officially became the show’s third major gay character.

Between the fact that Jesus is an elusive and taciturn guy to begin with, and the fact that these characters are living in fear of a fascist dictator during a zombie apocalypse, it’s no surprise that it took a while for the subject to come up. But Jesus knows who he is – he’s one of the more self-possessed characters in the cast – and there is no dramatic “coming out” moment here, during a moment of bonding between Jesus and Maggie.

The Walking Dead did have a fourth gay member in the primary cast and her gruesome murder remains controversial among the show’s devoted fans.