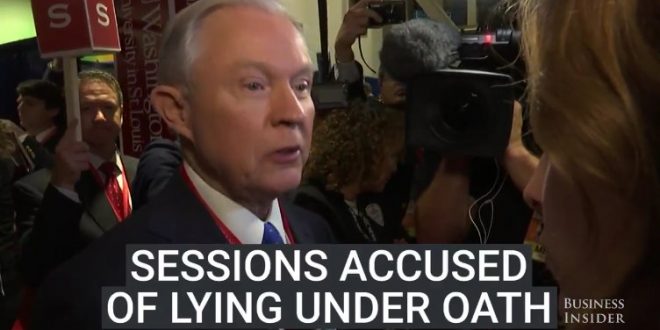 Sessions: These Accusations Are Unbelievable [VIDEO]

NBC caught up with Attorney General Jeff Sessions this morning, just hours after a Washington Post report said that Sessions did not disclose contact he had with the Russian ambassador during the campaign when he was going through his Senate Judiciary hearing to become the nation’s top prosecutor.

“Well I have not met with any Russians at any time to discuss any political campaign,” Sessions said minutes ago. “And those remarks are unbelievable to me and are false. I don’t have anything else to say about that.”

The Attorney General did state, however, that he would consider recusing himself for any Justice Department investigation, should the situation come to that.

‘Those remarks are unbelievable to me’: #Sessions responds to claims he spoke with Russia’s ambassador twice last year pic.twitter.com/7AUYvwcuRP