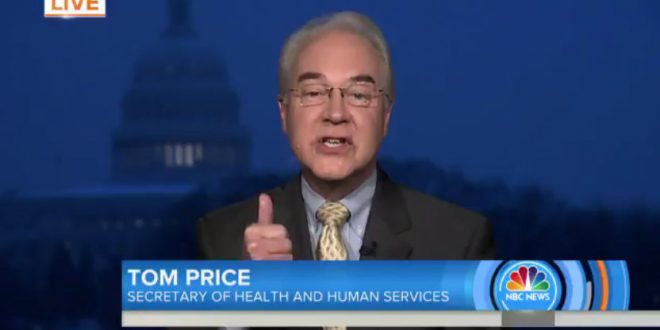 During an appearance on NBC’s “Today” show, Price said President Trump’s promise to ensure coverage for every American was “absolutely right.” But when explicitly asked about whether anyone would lose coverage under the Republicans’ plan, Price demurred, talking instead about the Affordable Care Act’s faults.

“Are you saying no one is going to lose coverage under this plan?” host Savannah Guthrie asked Price. “Because that’s what the president promised.”